The movement to ‘Change Our Streets’ is moving up a gear to make Galway city more family friendly, as Covid-19 movement restrictions begin to ease. Chairperson Kevin Jennings welcomed the publication of the City Council’s mobility plan, and sent a letter to the City Mobility Team on Monday to wish them every success.

He said he is delighted that the two principles of our ‘Change Our Streets’ initiative for More Space and Less Speed are at the heart of our city’s plans to get Galway moving and thriving again.

He pointed out that Galway Chamber and Westend Traders are two of the business supporters that recognise the value of people cycling.

“Customers using their bike to go shopping is good for business. People on bikes spend 40% more in shops than people driving, according to 2018 research from Transport for London (TfL).”

Martina Callanan, spokesperson for Galway Cycling Campaign, said, “Research shows that people on bikes tend to shop local and are loyal to local traders. The social media hashtag #ShopByBike shows people doing their weekly shop and cycling home again. We have seen baskets and panniers packed with nappies, spuds, and all the usual items.”

“‘Share With Care’ gives priority to people walking and cycling. We can design our city to make it easier and safer for people of all ages and all abilities to come into town to shop, to eat, to visit a church, and do everyday business,” Ms Callanan said. 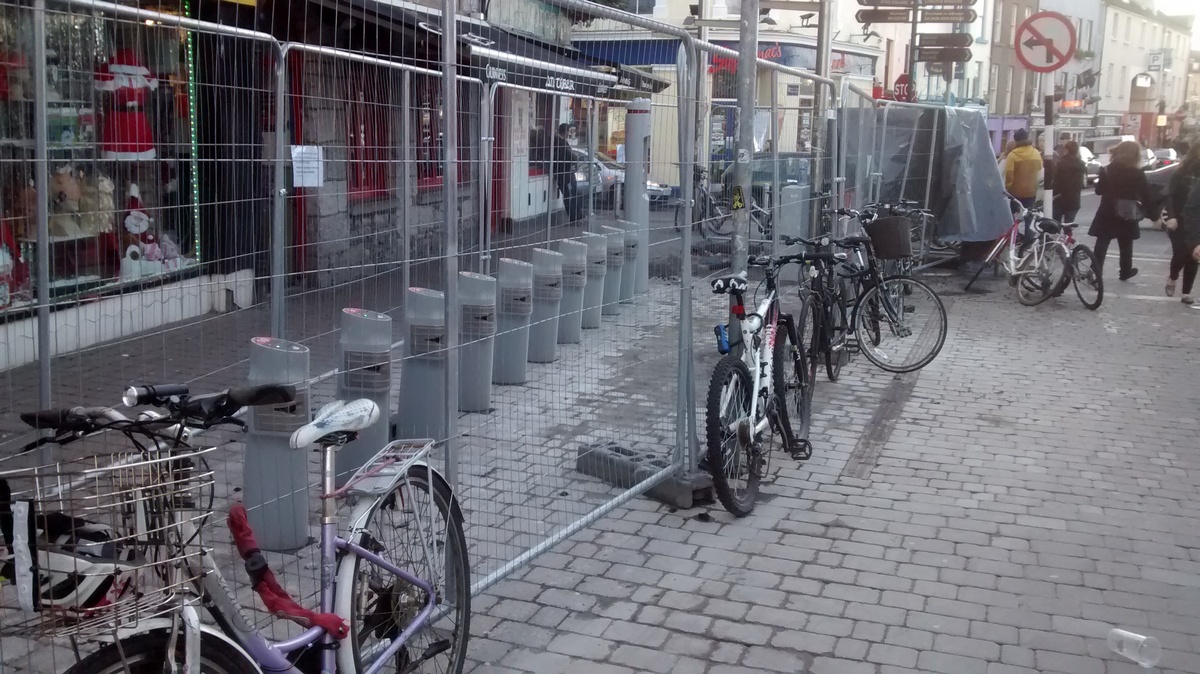 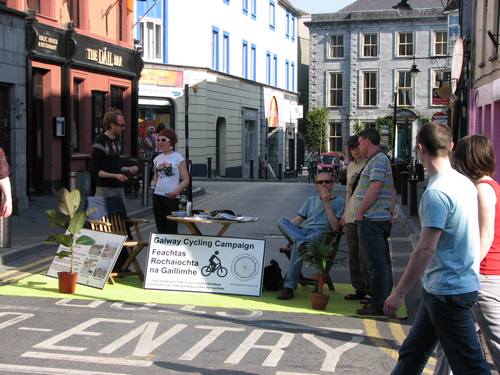