Cycling Officers need to be quickly appointed to Galway City and County Councils according to the Galway Cycling Campaign, who has written to both councils seeking a timeline for the hiring process.

The Programme for Government emphasises expertise and quality in the €360 million annual cycling infrastructure spend. It promises to appoint a Cycling Officer to every local authority, a role which has yet undefined “real powers”.

The Cycling Officer in each council executive is to ensure that each local authority “adopts a high-quality cycling policy, carries out an assessment of their roads network and develops cycle network plans.”

Cécile Robin, deputy chairperson of the Galway Cycling Campaign, says that the Cycling Officer should be appointed at a senior level with the ability to oversee budgets and have authority to ensure local authorities implement national cycling policy and design guidance to the highest standard.

“Our Roads departments are filled with talented engineers. The Cycling Officers should have a complementary skillset, such as in urban geography, sociology or psychology. The council’s ambition should be to create liveable neighbourhoods that prioritise people who walk, use wheelchairs, cycle or scoot,” said Ms Robin.

The appointment is particularly urgent because the process for the new Galway City Development Plan begins in January.

“We need an expert in sustainable safety to be at the heart of developing our city,” said Ms Robin. “The 15-minute city is the ambition of Paris, where everything you need should be within a 15 minute walk or cycle of your front door such as local shops, cafés, schools, and even work. To paraphrase a great Irish sports commentator, neither France nor Paris are known as cycling strongholds.”

“Paris is adding another 650km of ‘corona cycleways’ to it’s 700km network to enable people to keep cycling after lockdown. Our city needs a senior decision maker within the council executive to champion active travel like walking, cycling and scooting from people’s front doors to wherever they need to go on a regular basis, like school, work, the GP, shops, and restaurants. We are already a cycling city, second only to Dublin in terms of people cycling to school and work.”

Cycling Officers are to work closely with new Regional Cycle Design Offices, as promised in the Programme for Government.

“The 2009 National Cycle Policy Framework, introduced when Fianna Fáil and the Greens were last in government, continues to have good guidelines for people-centred planning and sustainable development. It has ambitious national guidelines to enable cycling within urban and rural areas. This needs to be embedded within the new city development plan, and a Cycling Officer should have the power to do so,” concluded Ms Robin. 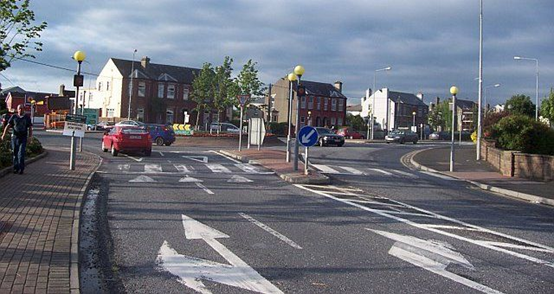