As of today, only 13 stations out of 15 are operational in Galway city. A total of 19 were meant to be built over a year ago. The greatest distance is between stations at Fr Burke Road and City Hall, which are 1.7km apart. Their proximity to one another is widely believed to discourage potential users.

City Hall’s decisions to omit planned docking stations and ignore recommendations on one-way streets did not bode well for the scheme from the start. It is no surprise to the Cycling Campaign that Galway’s is the least-used scheme nationwide by a significant margin. If it were expanded to the same number of stations as Limerick (23) or Cork (31), and if the one-way streets issue were dealt with, then it could match those cities’ usage numbers.

One-way streets lead to long detours for cyclists, as Campaign member Shane Foran explained. “There is a bike share station on Mainguard Street near St Nicholas Church. The distance to the next bike share station at Newtownsmith is 350m. Because of the one-way street system and a ban on cycling in the pedestrian zone, the return journey from Newtownsmith to Mainguard St. is 1.1km by the northern route and 2.1km by the southern route.” 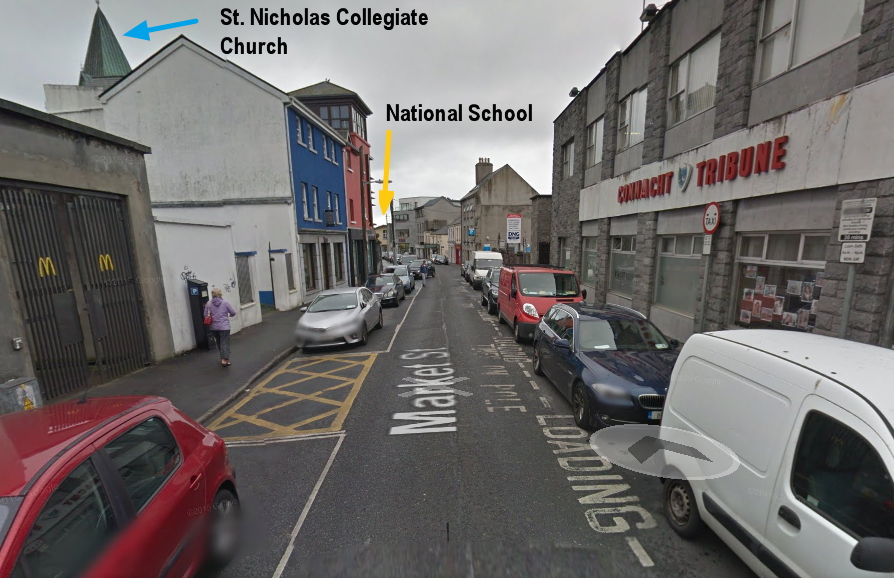 The one-way streets problem has long been highlighted by the Campaign as a barrier to cycling in Galway. The Jacobs Report, which was the initial feasibility study for the bike share scheme, described Galway as “awkward to navigate by bike” and recommended providing two-way cycling on one-way streets – a common feature in other European cities. This has not been implemented. “Two-way cycling on one-way streets has been in the City Development Plan for a decade now, and the Jacobs Report stressed its importance in its Executive Summary,” said Campaign PRO Oisín Ó Nidh. “If Galway City Council had followed the recommendations of the Jacobs Report, then Galway would not be in last place.”

Appendix 2: The impact of one-way streets and disk parking on school children – Page 9