The wide sweeping curvature of the proposed left in / left out junction will encourage high turning speeds by cars entering and exciting Parkmore West.
The Department’s 2013 ‘Design Manual for Urban Roads and Streets’ states the following in section 4.3.3 Corner Radii:
“Reducing corner radii will significantly improve pedestrian and cyclist safety at junctions by lowering the speed at which vehicles can turn corners.”
The proposed design uses corner radii (curvature) of 12 meters which significantly exceeds the general recommendations of the design manual.

Of additional concern is the inclusion of concrete islands in the design which will create pinch points for cyclists.
The proposed narrow cycle lanes of only 1 meter in width will push cars closer to cyclists using the same road space.
Hard shoulders or cycle lanes should be at least 2 meters wide. 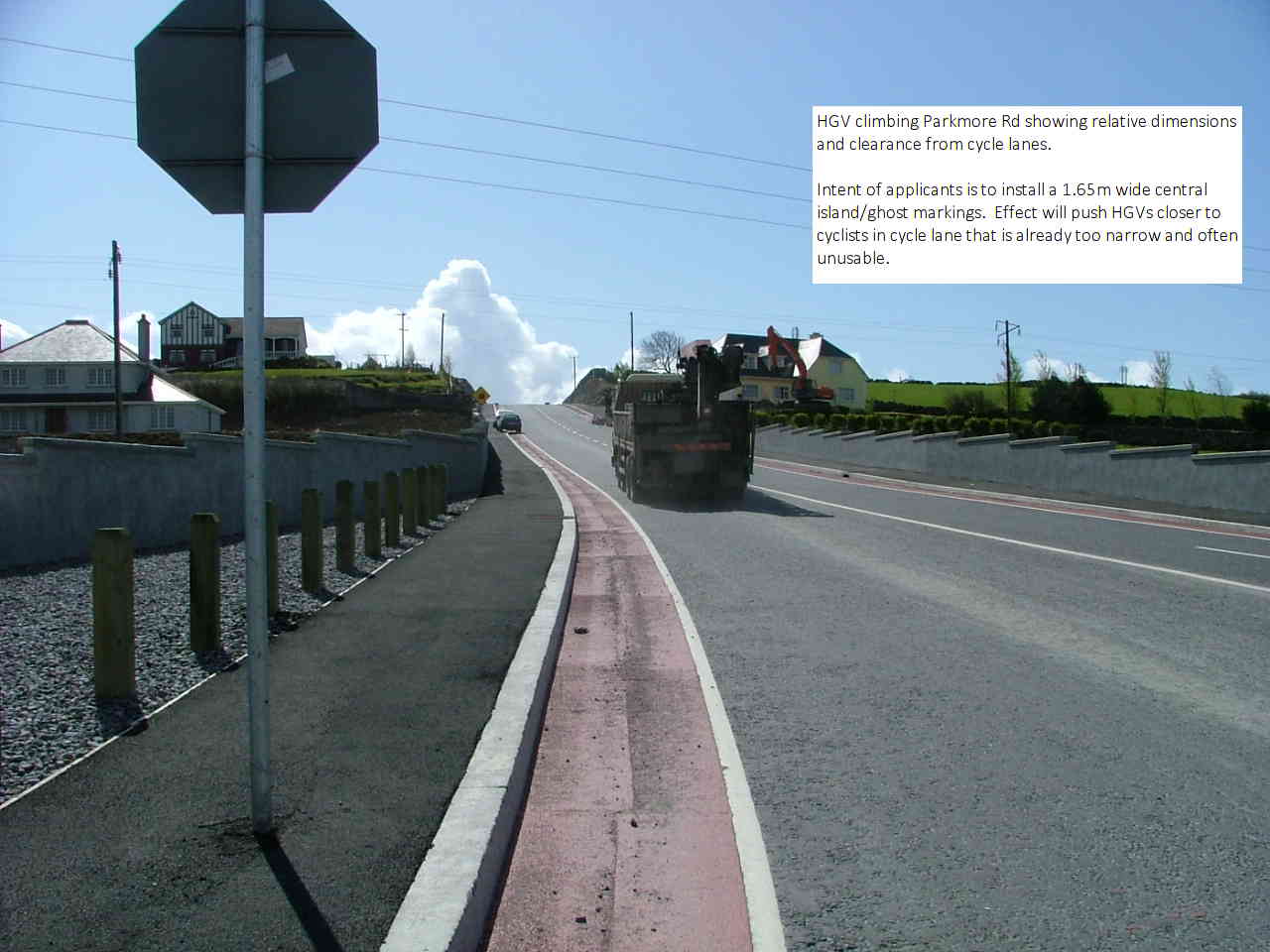 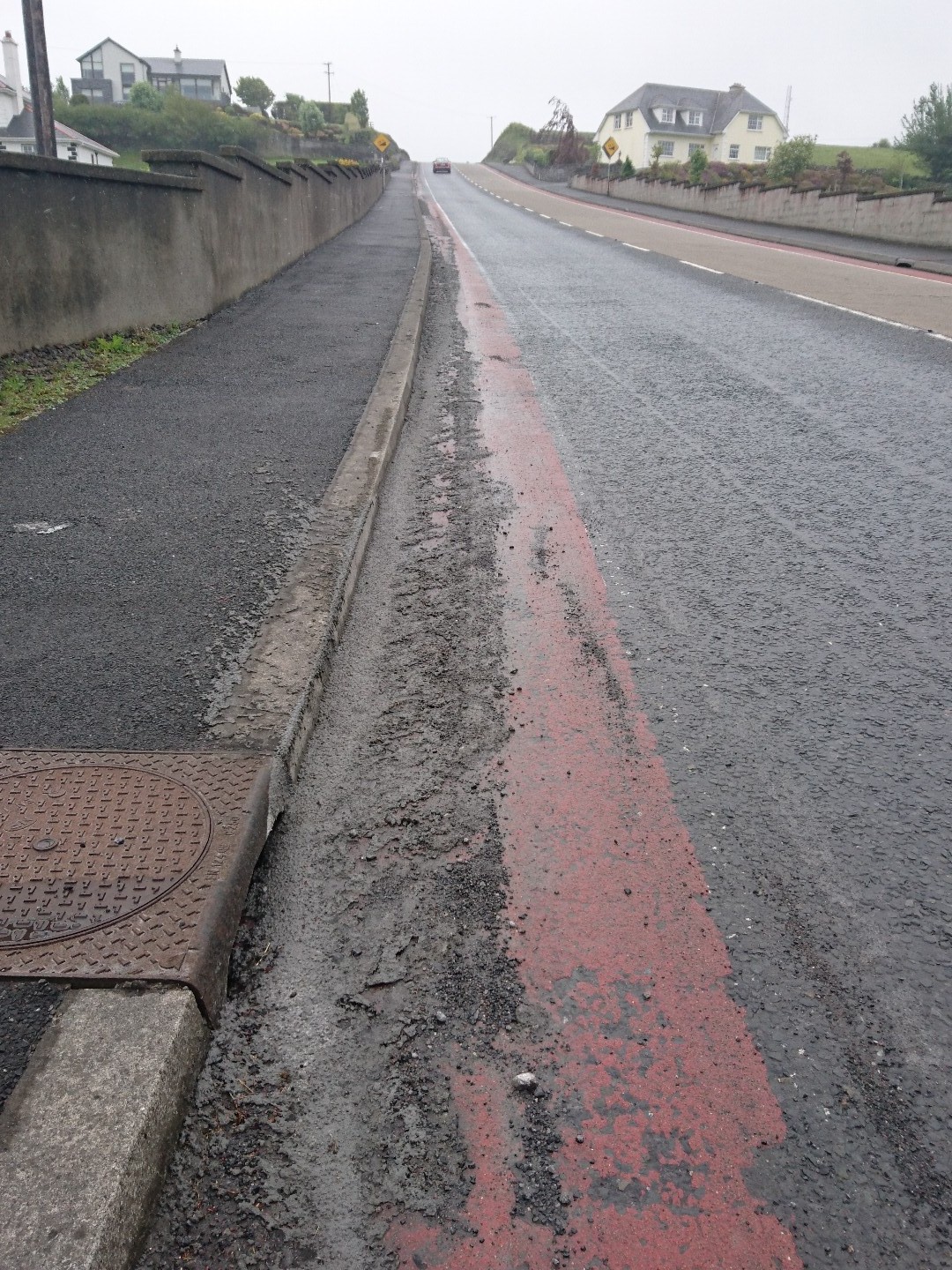 “The plans will have to revised anyway as the measurements for the road widths do not add up correctly. We have pointed this out to An Bord Pleanála,” said Oisin O’Nidh, Campaign PRO.
Another problem for the existing cycle lanes on Parkmore Road is that they are rarely maintained. Cycle lanes are rarely swept and result in the gathering of debris, such as gravel and dirt. 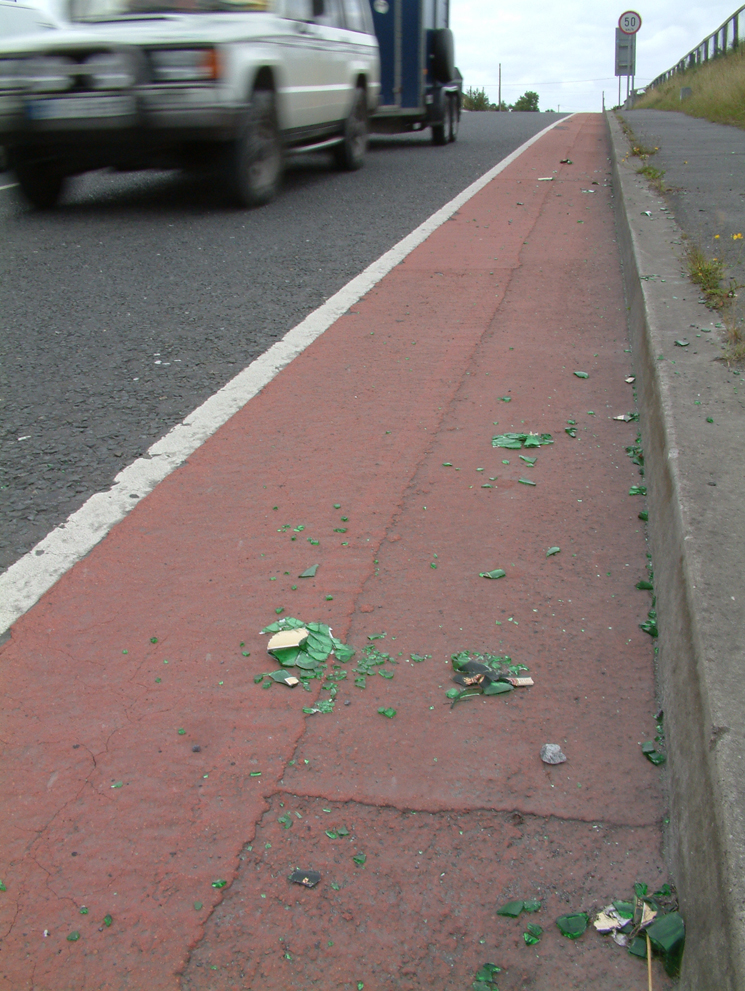 Along with the concerns about the safety of the road design, the Campaign has pointed out that the IDA has done very little to improve cycling and walking access to Parkmore West and Parkmore East. “We have put together a proposal for an alternative route via the Racecourse which would provide a more direct and safe connection for cyclists and pedestrians accessing Parkmore,” said Shane Foran, Galway Cycling Campaign spokesman. These proposals would use existing internal roads within the Racecourse lands and would allow people cycle or walk to avoid the busy national roads like the N17 and N6. The following document outlines this proposal in more detail. 2015_Race_course_shortcut_proposal