Is the city council sabotaging Government efforts to promote cycling? 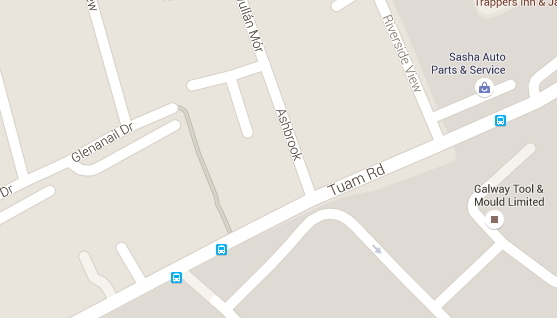 Since the 1980s Galway City has had a history of poor attitudes being shown by local council officials towards walking and cycling. The latest example is on the Tuam Road – a key corridor linking the city with the industrial areas around Ballybrit and Parkmore. Within the last month, the city council has revised road markings on a section of the Tuam Road. The net effect is to remove road capacity from cyclists. This follows an established pattern of the city council “sterilising” key corridors into the city for cycling – previous examples include the Headford Road and the N59 at Dangan. It also follows the recent removal of road capacity from cyclists at the key junction at the Fire Station/Fairhill on Fr Griffin Rd. 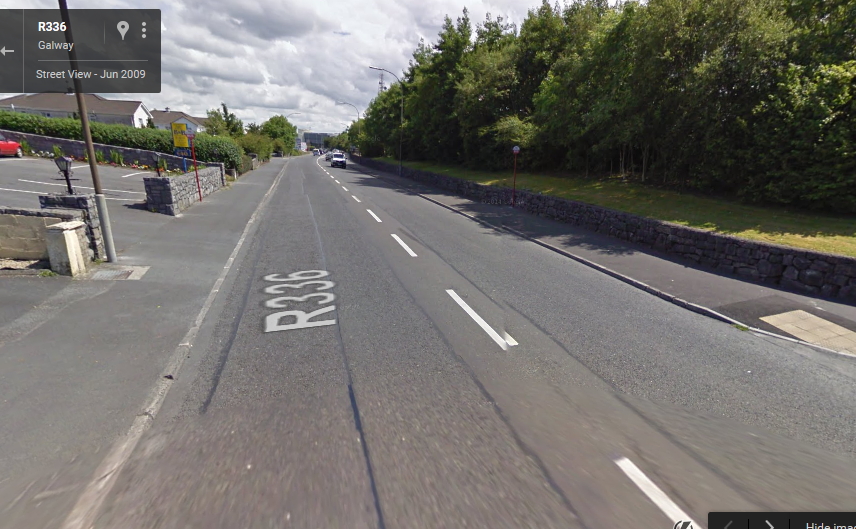 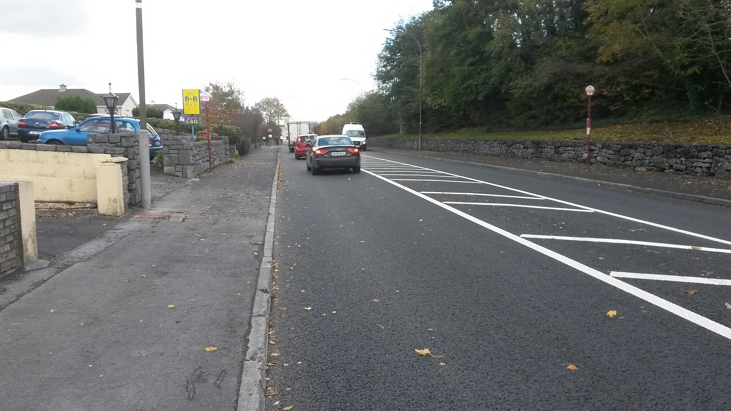 Caption: The same road at Teach na Coiribe with the new road markings

Like other roads of the same age in Galway, the Tuam Road is approximately 9.0–9.2m wide. This had the advantage of giving spacious lanes that were 4.6m wide. Lanes this wide have enough room for heavy vehicles to pass cyclists with adequate clearance. During times of heavy traffic, there was also enough room for cyclists to maintain progress past queuing vehicles. The Tuam Road was never a nice place to cycle. As with other city council designs, the overall design of the road encourages speeding, and junctions like Cemetery Cross, Riverside and the junction with Bothar na dTreabh/N6 are somewhat cyclist hostile. However, the city council now seems to be working to shut out cyclists over longer sections of the route. 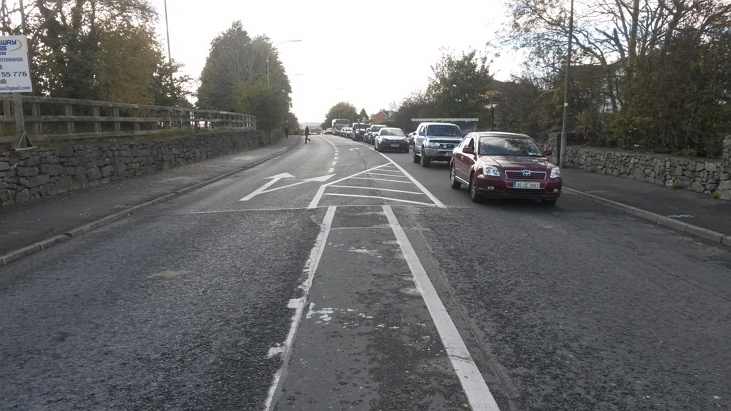 Caption: Photo showing older markings and newer versions pushing cars into the edge of the road.

Along with recent resurfacing, the city council has marked large central ghost islands using white hatching. They have also marked new turning pockets at the entrances to the IDA estate and the housing estates at Ashbrook and Mullan Mór. The lane width on the changed segment has now been cut down to 3.2m. This has the effect of pushing queueing traffic to the edge of the road. If the queueing vehicles are mainly family cars then it might be possible to maintain progress to their left – provided the drivers show some courtesy. But once there are larger vans, trucks or buses in the queue, it becomes impossible for cyclists to maintain progress on the left. If they don’t want to stay there breathing exhaust fumes, cyclists have two choices: They can take to the footpaths or cycle in the central hatching, both of which are unlawful under the traffic regulations. Small sections of turning lane might be useful for right-turning cyclists, but not at the expense of blocking the road at peak travel times. Before the change there were smaller road markings at some places, achieving the same effect. 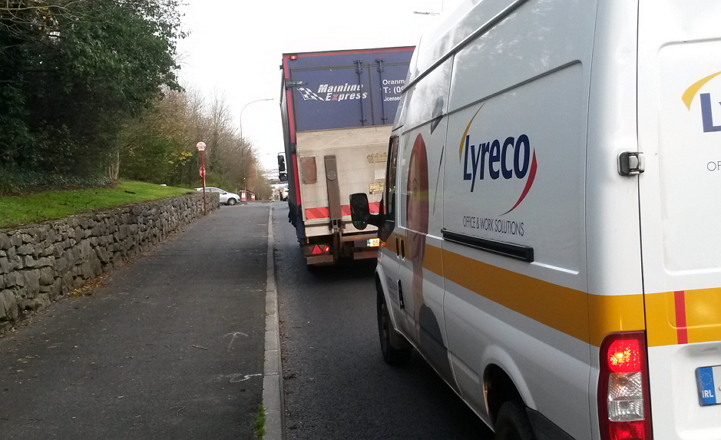 Arguably, by using such markings the city council is sabotaging recent government efforts to promote cycling. Prior to 2012, Irish Traffic law did not provide for cyclists generally passing queued traffic on the left. But in 2012 the government amended the traffic regulations to make this available for cyclists (Statutory Instrument No. 332 of 2012). Regrettably, government efforts to encourage cycling have not stopped the city council from trying to find ways to remove any remaining road space from cyclists.

The Tuam Road is of similar dimensions to the Western Distributor Road. On the Western Distributor Road, space was found for 1.5m cycle lanes. 1.5m is on the narrow side, and it was arguably little better than false advertising to mark cycle lanes on a road with a series of hostile roundabouts. But the point is that if there is room for 1.5m cycle lanes on these roads, there is room for 1.5m hard shoulder markings or some other feature that would allow cyclists to keep moving. There is no “plausible deniability” for the council roads department on the issue of road space and cycling. The issue has been in the literature for at least two decades. The 1995 German guidance “Recommendations for Cycling Facilities” (Empfehlungen für Radverkehrsanlagen) recommends 4.25m lanes for roads where cyclists mix with heavy vehicles and buses. The 1996 UK guidance “Cycle Friendly Infrastructure” gives the same advice. The 2005 document “Lancashire: the cyclists’ county” advises: “If it creates a tight or critical profile, central hatching should only be used where traffic flows are light.” This critical profile (which may encourage close overtaking) is given as 3.10m to 3.75m. The lane width created on the Tuam Road is 3.2m.

The issue of adequate lane widths has been raised repeatedly in submissions from the Galway Cycling Campaign for over a decade, including:

In some of these submissions we speculated that this kind of central hatching might have some benefits for cyclists but observed that “this may depend on traffic levels being relatively light”. The Tuam Road is one of the busiest corridors in Galway, and queues form at this location at rush hour.

There is a direct conflict between various actions of the city council. On the Tuam Road and elsewhere they are removing capacity from cyclists while at the same time they are also spending state funds on short sections of token cycle facilities in other places.  Taken together at face value, the council’s overall actions can seem more consistent with a goal of reducing cycle use in the city and increasing the volume of cars and the associated traffic congestion.

Lancashire County Council, Lancashire – the cyclists’ county. A code for planning, designing and maintaining roads and tracks for cyclists. November 2005