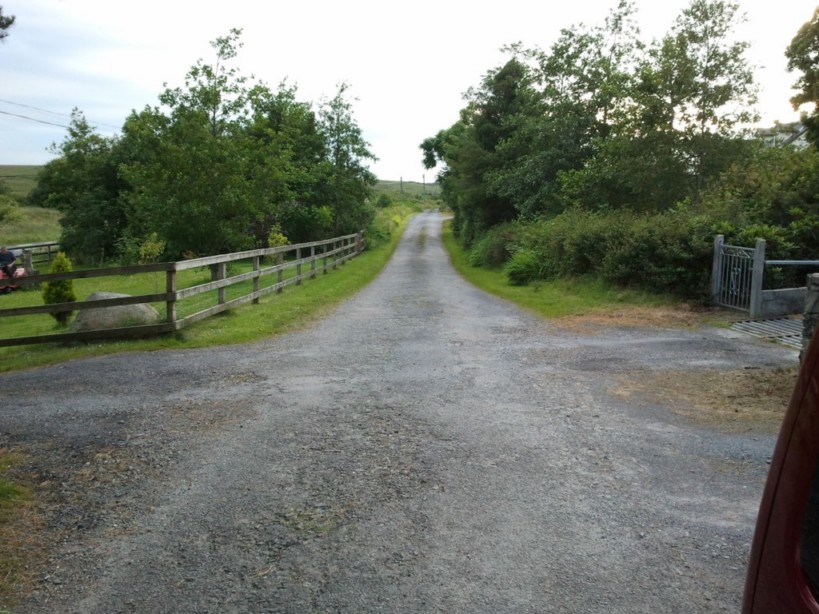 The Galway Cycling Campaign is to seek clarification from the Gardai regarding statements at variance with the law reported from a recent County Joint Policing Committee (JPC). In its November 10th edition the Connacht Tribune ran a story reporting that Chief Superindentant Tom Curley had claimed before the JPC that it is unlawful in Ireland for cyclists to cycle side-by-side. He is further reported to have made comments regarding risking life and limb in passing cyclists.

The Galway Cycling Campaign understands the traffic law in Ireland to be as follows.

1. There is a primary duty of care on all road users under Article 67 of the the Roads Act 1993 to avoid personal injury or injury to others. There is also a duty to avoid damage to property including personal property.
2. Under the traffic and parking regulations (SI 182/1997) overtaking may not be carried out in a manner that creates risks to others.
3. Under the traffic regulations, cyclists are entitled to cycle in twos side by side. Two cyclists who are cycling side by side may be overtaken by a third cyclist. Cyclists who are cycling side by side and need to overtake other traffic should go in single file to do so.

In our understanding this means that people on bicycles are not obliged in law to permit others to act in a way that places the cyclist’s person or their property in danger. Such as inviting unsafe overtaking manoeuvres at unsuitable locations – of which there are many on Irish roads. On many narrow roads, if it is not possible to overtake two cyclists safely without using the other lane, then the same applies to single cyclists. A key piece of advice for all cyclists is to avoid getting too close the edge of the road. This is due to the danger caused by poor road surfaces and hazards such as drainage grates. Cycling safely requires taking adequate road space. Overtaking cyclists safely also requires taking adequate space. Furthermore there is a view among those cyclists who train in groups that going side by side makes overtaking by other drivers safer and easier by shortening the length of road needed. Clearly like other vehicle operators cyclists need to be mindful and considerate of others and avoid causing obstructions without due cause. However whenever there is a tension between safety and courtesy safety must come first.

(a) injury to himself or to any other person using the public road,

(b) damage to property owned or used by him or by any other person using the public road.

It states as follows:

47. (1) A pedal cyclist shall not drive a pedal cycle on a roadway in such a manner as to result in more than two pedal cyclists driving abreast, save when overtaking other pedal cyclists, and then only if to do so will not endanger, inconvenience or obstruct other traffic or pedestrians.

(2) Pedal cyclists on a roadway shall cycle in single file when overtaking other traffic.

10. (1) A driver shall not overtake, or attempt to overtake, if to do so would endanger, or cause inconvenience to, any other person.

(2) A driver shall not overtake, or attempt to overtake, unless the roadway ahead of the driver—

( a ) is free from approaching traffic, pedestrians and any obstruction, and

( b ) is sufficiently long and wide to permit the overtaking to be completed without danger or inconvenience to other traffic or pedestrians.

Quotes attributed to Superintendent Tom Curly in City Tribune edition of 10 November
Article: In a spin over cyclists
Sub head: Two bikes side by side on road is illegal Joint Policing Committee meeting told.
By Denise McNamara

Chief Superintendent Curley said one bike was entitled to cycle on a road – not two. “One thing that happened in the Celtic Tiger is we lost our patience. There’s been more examples of verbal altercations – nearly going to fisticuffs – over cyclists. Sunday morning is a particular issue. The man [a questioner from the floor] then reiterated his point: “So cyclists are not allowed cycle two abreast?” “No,” replied, the Divisional Garda chief, “One.”
Another member of the public said Judge Mary Devins had thrown out a prosecution in Westport District Court in connection with a cyclist. “It was announced by Judge Devins that we were the only country in Europe which hasn’t a law in place regulating bicycles.” He remarked. Chief Supt Curley said it was hard enough to pass one bike. “But multiples of two, you’re definitely risking life and limb passing more than one … it is single file from where I’m sitting”

The controversial city council proposals for a new suburb at Ardaun have again provoked serious concern regarding safety and suitability as the latest Public Consultation closes this Friday 20th October at 4pm. The Galway Cycling Campaign are again rejecting claims that the controversial site has good connectivity with the city. They are also rejecting claimed comparisons with urban villages like Salthill. City planner claims of a community that favours walking and cycling are being treated as unsupportable.

According to the cyclists the proposed roads around the site remain of an unsuitable character. It seems the Martin Roundabout at the Galway Clinic is to be the main means of access to the site for cyclists and pedestrians. There is only reference in the draft plan to “investigating” removing the roundabout. There are no concrete proposals for foot/cycle bridges into the site across the dual carriageways that sever the site from Roscam and Doughiska.

There is mention of a “public transport” bridge into the site from Doughiska but this is not stated as a prerequisite for the development. It seems to be mentioned as feature that might be delivered by the Galway Transport Strategy but is not a deliverable for the Ardaun Local area plan. Furthermore it is now clear that the public transport proposals have generated significant opposition in Doughiska. This makes it likely that the public transport bridge simply will not happen. The plans also show a “Primary Cycling / Pedestrian Network” joining the high speed Coolagh roundabout at the end of the M6/N6 at ground level. This “Primary Cycling / Pedestrian Network” then crosses into Ardaun by crossing the slip road onto the southbound dual carriageway.

Since the 1980s Irish guidance has raised serious reservation about using roundabouts at locations where cyclists are expected due to the high collision risk. The 2009 National Cycle Policy Framework defines roundabouts as a matter needing remedial action if more cycling is to be encouraged. Overall the cycling campaigns analysis is that this plan represents more “planned car dependency” for Galway that will put more unnecessary car journeys into a location near Parkmore already noted for traffic problems.

National Cycle Policy Framework 2009
Download the Irish version here.
Download the English version here.
Page 20
2.6 Remedial Measures
We will carry out remedial measures on existing cyclist-unfriendly urban roads with a special focus on roundabouts, multi-lane oneway streets and road narrowing schemes. Without addressing the difficulties posed by high capacity, high speed roundabouts in urban locations – and particularly those between residential areas and schools – it will be very difficult to encourage more of the public to cycle.

This has been the standard text Irish on such matters for the last 16 years. In this document the most relevant study is one that takes an in depth look at traffic accidents on the roundabouts on the Swords bypass in Dublin. A particular finding was that the accident rate for the two-wheelers was five (x5) times higher than they were expecting.

Page 95:
” (d) One of the worrying features of the safety performance of the Swords By-pass is the high incidence of two-wheelers in personal injury accidents (over 50% of all injury accidents as shown in Table 5). Significantly this trend reflects that of the T.R.R.L. report where accident involvement rates […] of two-wheeler riders were about 10-15 times those of car occupants. Comparative Irish figures of fatal and injury accidents for pedal cycles and motorcycles outside build up areas are 4.6% and 6.8% respectfully. Thus the combined rate is approximately 20% of that for the By-pass accidents”

Page 101
“4) The high incidence of two wheeler accidents on the Swords bypass allied with similar findings in the major accident study carried out by the TRRL on roundabouts shows that roundabouts on high speed roads do not provide a safe environment for two wheelers and consequently give serious reservation as to their use where high numbers of this road user class is expected”.