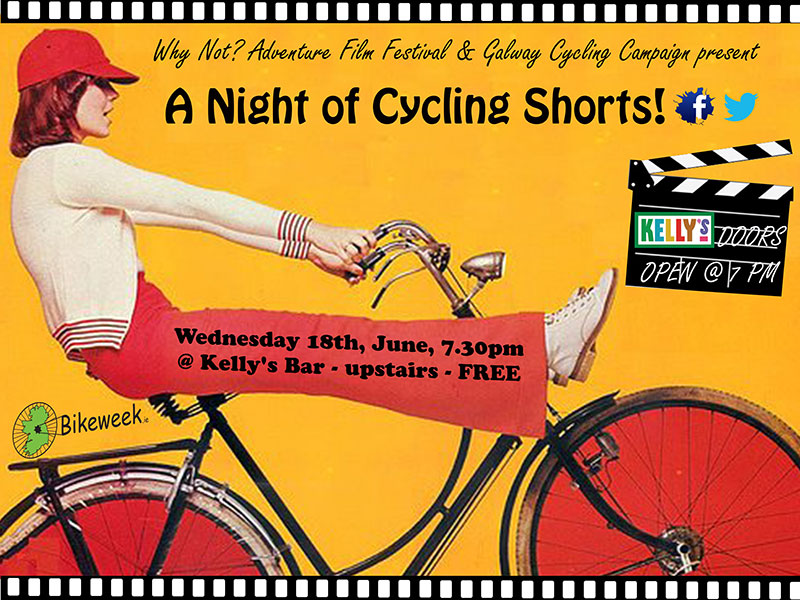 Adults cycling on footpaths is an issue that annoys, threatens, intimidates and upsets a lot of pedestrians. While some cycle in a restrained manner, others cycle on footpaths in wholly obnoxious and selfish manner that destroys public sympathy for cycling and cycling promotion. In the Galway Cycling Campaign we’re fully aware of this and we hold the firm position that the footway is no place for an adult cyclist (we don’t hold a hard view on children cycling on footpaths).

As it happens our national body, Cyclist.ie, favours the consideration of German type traffic laws that allow for children cycling on footpaths.  With adults, much footpath cycling is percieved to be a reaction to hostile road conditions rather than simply wilful lawbreaking. The solution for adults is to acknowledge the problems footpath cycling can create and work to ensure that cyclists have access to a roads network that recognises their needs as roads users.

We’re happy to see the law on footpath cycling enforced by An Garda Síochána as part of a range of enforcement measures needed to create a more people-friendly city.

We advocate our position to fellow cyclists and we raise the issue when talking to engineers and designers of infrastructure. One of our concerns on the Seamus Quirke Road fiasco is that the design of the off-road cycleways puts cyclists into conflict with pedestrians. It is an approach that the city council want to continue in future schemes. We believe that the law informs our position. Here’s the legislative background to this.
1. A bicycle is a vehicle under Irish Road Traffic legislation.

Refer to Section 3, Interpretation:
(I’ve re-ordered the definitions from alphabetical)
“pedal bicycle” means a bicycle which is intended or adapted for propulsion solely by the physical exertions of a person or persons seated thereon;
“pedal cycle” means a vehicle which is a pedal bicycle or pedal tricycle;
“driving” includes managing and controlling and, in relation to a bicycle or tricycle, riding, and “driver” and other cognate words shall be construed accordingly;
“footway” means that portion of any road which is provided primarily for the use of pedestrians;

These are important definitions, the first three relate to the cyclist and their bicycle and how they are viewed as a driver and a vehicle respectively i.e. the law applies to them in a similar manner to those applying to a motor driver and a motor vehicle except where stated otherwise. The last relates to what we typically refer to as a footpath; a footway.

2. The next important piece of legislation handles driving on a footway

(N.B. The interpretation section of this S.I. references the 1961 Act)

You would think that this position wouldn’t be questioned by anyone other than those adult cyclists who insist on cycling on footways. Unfortunately you’d be wrong: Galway City Council’s officials oppose our position. They hold a stated and repeated position that it’s not accurate to say it’s illegal to cycle on the footpath. Incredible, isn’t it. Bear in mind that this is also the council who brought you the infamous Doughiska Road cycle lane abomination.

This is now a particularly important issue because of the Walking and Cycling Strategy for Galway City and Environs which is under review by Galway City Council officials and elected councillors. To avoid inappropriate cycling infrastructure being designed we want a clear an unequivocal recognition in the strategy document that cycling on the footpath is illegal:

Under Irish law a bicycle is a vehicle, a cyclist is a driver and cyclists are considered to be traffic. Recognising this, the strategy affirms that the default assumption will be to provide for cyclists on the same carriageway surface as other vehicles.  The council will work to ensure that cyclists have on-road solutions on all roads in the city. Equally the legal status of cycles means that it is illegal to cycle on footways.

Galway City Council’s officials don’t want this. They can defend their own position on this but they argue accepting this point may prevent future infrastructure schemes like the Dangan Greenway that are shared use for pedestrians and cyclists. It doesn’t, other local authorities have shown themselves capable of dealing with this issue and creating facilities like the proposed greenways. What it does stop is poorly conceived off-road cycle facilities that put cyclists and pedestrians in conflict and cyclists at risk. At a meeting with city council officials and the transport sub-commitee (which has Galway Cycling Campaign representation) the illegality of cycling on the footpath became a sticking point and a decision was made that councillors would vote on the issue. The vote was in favour of the position that cycling on the footpath is illegal. The strategy is up for review again by councillors and when sending it to them for review, Galway City Council officials included the following in the covering letter: Ciaran Hayes letter to councillors 20120704

This letter uses a bullying tactic which is now favoured by Galway City Council officals when dealing with stubborn councillors; if you don’t vote for this we’ll lose the funding. This tactic has been used frequently to push through poorly conceived infrastructure schemes. It’s an affront to the democractic structures of local government and is an obscene use of our taxes. Schemes which are a waste of money and serve no road user (motorist, cyclist or pedestrian) get built simply to serve the egoes and CV building exercises of city council officials.

The Road Traffic Acts are clear; it’s illegal to cycle on the footpath. We want that recognised by councillors in the face of bullying by city officials. 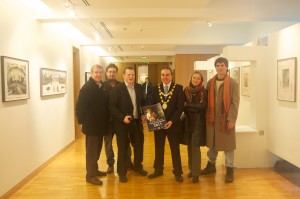 It’s been awhile since our last meeting so we would like to let you know what’s going on and hearing about how you would like to get involved. Thanks to the 091 Labs space we’re going to be having our next meeting at their place (see: http://091labs.com/contact/ for details). Entry is via the side of the building (where you turn towards the Radisson Hotel) and  you can bring your bike inside. The space has a small tuck shop: Tea/Coffee/soft drinks and sometimes chocolate on sale, just throw the money in the tin by the kettle.
On the agenda for this meeting, along with anything you would like to talk about, is:
We’d love to see you all, so please come by.
(The image used in this post is by Richard Gillespie from his Flickr stream
« Older Entries