This article was written by Stan Carey for the Galway Cycling Campaign. A version of it was published by the Galway Independent for its ‘Inside Out’ column on 4 June 2014.

People sometimes ask why I cycle around Galway when I have a car, and I’m surprised the answer isn’t obvious. Then I remember there are lots of answers. Cyclists are commonly stereotyped – as lycra-wearing fanatics, cardboard-eating eco-warriors, etc. – but we’re as diverse as any random group of people, and we have countless reasons for cycling and styles of doing so.

One thing that puts people off is the perceived danger, but cycling is a lot safer than it’s made out to be if you have the right skills. And it becomes safer with numbers. All road users need to share the roads respectfully, and above all be patient. Overtaking a cyclist dangerously just to save a few seconds is a nasty thing to do, illegal too, yet it happens all the time. I don’t care how much of a rush you’re in, your time isn’t worth putting someone’s life and well-being at risk.

Not that cyclists are immune from bad behaviour. I see examples every day – like footpath cycling, which I don’t mind when it’s a child or learner taking their time, but when it’s an able-bodied young male zipping by makes me want to lecture and fine them on the spot. Still, it’s nothing to the danger posed by driving at speed, which is rife and inadequately enforced and has helped decimate the number of children and families cycling on city and rural roads in Ireland.

Galway’s size and layout are well-suited to getting around by bike or foot. The city has a proud tradition of cycling, and it wouldn’t take much to make bikes a strong part of its culture again – a bit of promotion, know-how, and political will. The upcoming Greenways and Coke Zero bike rental scheme should help normalise and boost cycling again, following the great successes in Mayo and Dublin.

Like learning to drive, it’s hardest when you’re starting. How can beginners and nervous cyclists develop the confidence and skills to manoeuvre roads that seem so hostile? Know your bike and your capabilities, for starters. Watch and learn from experienced cyclists. Get a copy of the Galway Cycling Campaign’s “Cycling Skills” leaflets, or read John Franklin’s book Cyclecraft in the city library. And practise. It takes time to learn how to read the roads, to anticipate threats, to know when it’s safer to use the centre of a lane and when to keep in. Just give those car doors a wide berth.

Galway’s infrastructure isn’t very cycling-friendly, with its roundabouts, slip roads, poor surfaces, one-way systems, meagre parking, inept cycle lanes, and aggressive emphasis on traffic “flow” rather than safe, accessible, permeable streets. But the benefits more than compensate. JFK was right: Nothing compares to the simple pleasure of a bike ride. It’s great for mental and physical health. The financial savings are amazing. Parking is easy, even if it often requires lampposts and railings. Traffic jams are irrelevant. (I can’t be the only one bemused by all the empty roads in cars ads.)

Less obviously, cycling brings a real physical quality to a journey. Instead of being cut off from the world around you, you’re immersed in it. You can enjoy its sights and sounds and take in the scenery Galway is blessed with. Feel the sun on your face (if there is any), the wind in your hair (if you have any), the joy of freewheeling downhill. You can stop on a whim to look at something or chat to someone you know. And when you get home you have the satisfaction of having exercised and gotten a good dose of fresh air. Even the weather’s not as bad as you’d think. 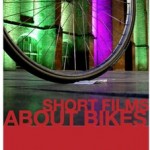 The location is the Kirwan Theatre on the main Concourse.

Admission is free! Full schedule and details are here.

May 2010: Key section of “flagship” Smarter Travel cycle route may not have provision for cyclists.

An Oranmore-to-Barna coastal cycling route is a central feature of the Galway Metropolitan Area’s bid for the Smarter Travel Areas fund. This scheme is also mentioned in the current Programme for Government.

A key component of the route is the section between Blackrock in Salthill and Silver strand in Barna. It was raised at a meeting earlier this year between the Galway Cycling Campaign and the Galway County Council.

If the coastal cycle route is to reach Barna via the coast, then works will be needed to bring it across the mouth of Rusheen bay, which is a conservation area, to Silver strand. The county council staff involved in the Smarter Travel bid saw this as the key challenge in linking with the rest of the proposed route.

Subsequently, in the City Tribune of 14 May 2010, it was revealed that the City Council is working on a plan for coastal protection works in the same area. According to the Tribune, these works will include a boardwalk to cater for the extension of the Promenade walkway to Silver strand. The same article, however, explicitly states that the new structure will “not include a cycle path”. Subsequently in a conversation with Senator Niall Ó Brolcháin at the 8th June city community forum meeting he confirmed that it is also his understanding that there is no provision for cycling in the plans for this section of the route.